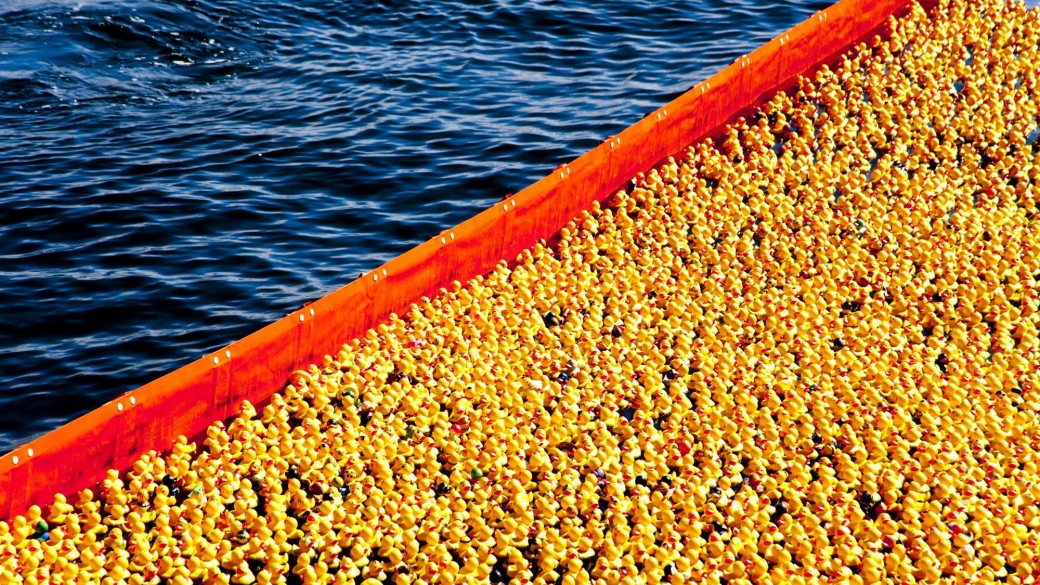 We’ve all played that carnival game, where the ducks come up, and we shoot them down. One looks pretty much the same as another, unless a prize duck appears. Take it out, and the big prize is ours.

He would become no more than a Duck in a Row.

In Luke 22:37-38 Jesus recites prophesy from Isaiah 53, where Isaiah proclaims the Christ would be reckoned among the transgressors—the ducks in the shooting gallery—when he hung upon the tree.

Jesus was indeed the prize duck, and when he went down, he was not defeated at all. In fact, the entire world leaped in rejoicing, for Jesus would rise again, never to be defeated.

When we feel that we are no more than a duck in a shooting gallery, we only need to look for Jesus. When anyone takes a potshot at our Christ, he simply rises again, bigger and stronger than ever, and when we cling to him, we rise right at his side.

When we go down clinging to Jesus, we come up again, stronger than before.