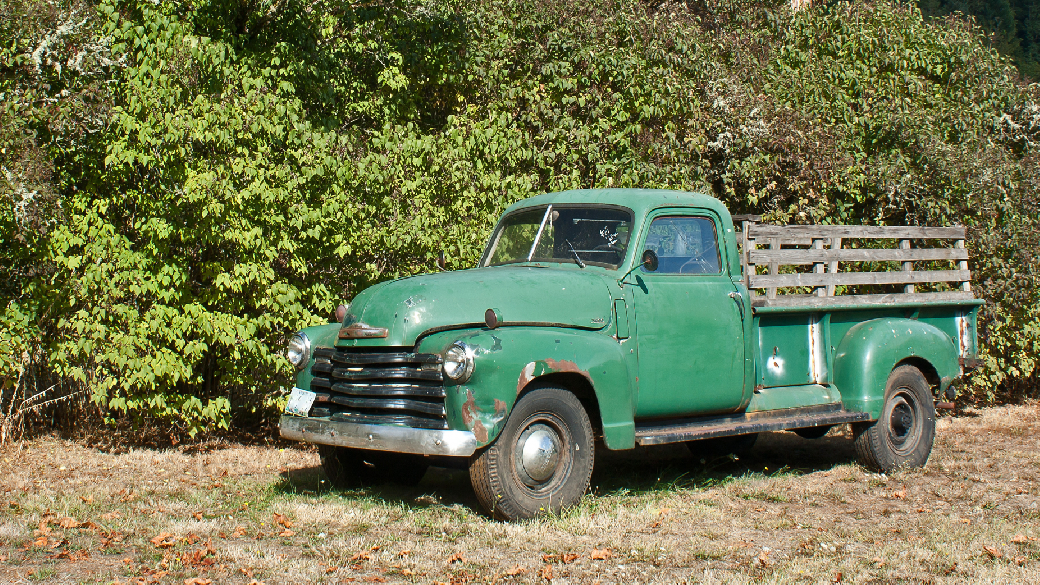 When we abandon something, do we remember it, or do we release it forever? To state the question another way, do thoughts of it remain in our mind, or is it forgotten as if it had never been?

A young Air Force photographer, one who had recently taken 1st place in a national Air Force photography competition, posted a stunning photo of a rusty old truck in a field. The old truck was sixty years old; there was little paint left on the metal; and the headlights had been broken out.

When asked about the abandoned old truck, he said it wasn’t abandoned at all. It had been on his grandfather’s land in that same spot since he was a small boy, and it was his to restore someday.

He loved that old truck. He didn’t see it as abandoned. He only saw what it could become.

Sometimes we feel abandoned by God. We realize we have made mistakes, yet we are devastated as our dreams crumble around us. Our prayers hit the sky and fall back to earth, crushing us as we kneel before him.

Where has God gone?

That young Air Force photographer was traveling the world. The time was not ripe for him to restore that old truck he loved. If he had started the work, it would have been left incomplete as he was sent off to do yet another job for his country.

Why did he return to that old truck each time he visited his home? He enjoyed the anticipation of knowing what that old truck could become, and he waited patiently for the opportunity to complete the work he intended to do.

Jeremiah 51:5 reminds us of God’s anticipation for his broken people. God told Israel that although they felt abandoned, cast into a field and covered with sin and decay, they had not been forgotten. God had plans already in motion to bring Israel back to her former glory.

When we feel abandoned by God, we are to be reminded that he has not forgotten us at all. He loves us and simply waits for the time of our restoration to ripen. Then we will be restored to our former glory, and we will become perfect in every way.

Even in our broken state, God treasures us, for he sees what we can become.