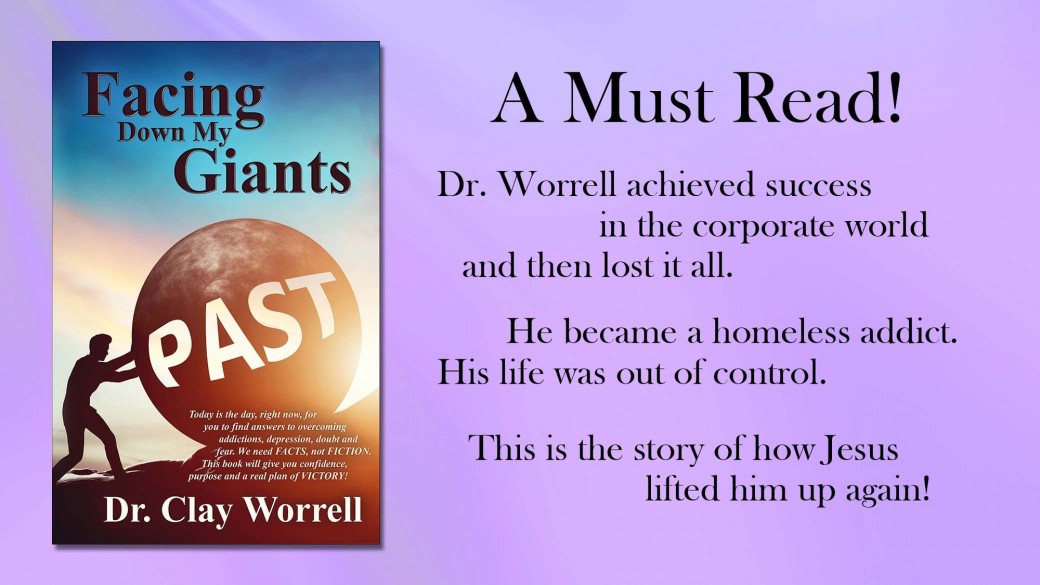 This is the story of Dr. Worrell's life. You will learn the things that have happened to him along the way.

The things he shares will give you hope.

Dr. Worrell was an atheist who became a victim of addiction, was shot in the head with a 9-millimeter, suffered jaundice, renal failure, overdoses, 3 suicide attempts, and was declared clinically dead twice (some say 3 times). He tried Alcoholics Anonymous (A.A.), Narcotics Anonymous (N.A.) and Celebrate Recovery. Not even psychology or psychiatry made a difference.

His family had given up and, yes, even the counselors had given up. To tell the truth, Dr. Worrell had given up. All he wanted to do was die. He even failed at that. He lost businesses, had two failed marriages and survived ten years being homeless.

This is Dr. Worrell's story, and it will change your life forever!